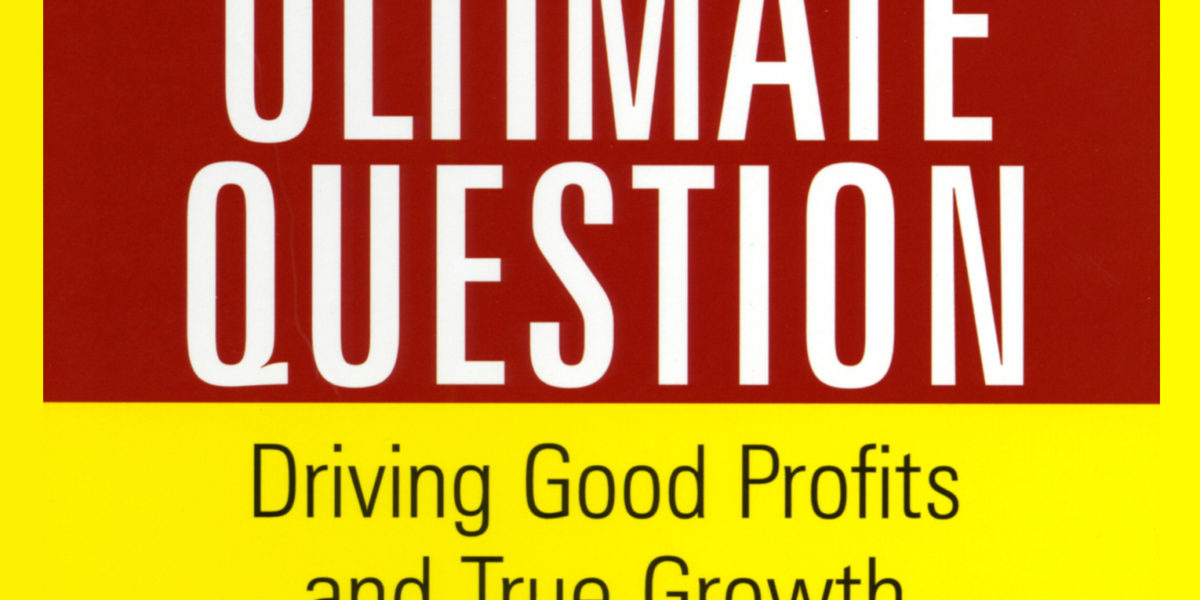 A few weeks ago, a participant in my PhD research took the wind out of my sails with a term which was new to me: the ‘Net Promoter Score’ by Frederick Reichheld (also known as the author of my ‘bible’: ‘The Loyalty Effect‘ – Dear management, if you still have any doubt regarding the financial benefits of loyalty and therefore a long-term vision of your customers, that book is certainly worth a read…).

Mouth-to-mouth advertising, nothing new there

At that point, I wasn’t aware that NPS was a Reichheld term, and the detailed explanation had certainly made me curious, but the alarm bells had yet to start ringing… so I quietly continued to approach potential participants. After a few more conversations, another respondent voiced this term, followed by number three. The latter asked whether it will be possible to include it in my research. Yes of course, no problem. By then, it was clear to me that the Net Promoter Score was not essentially any more than ‘measuring mouth-to-mouth advertising’, a factor which I had already planned to include in the research, as a dimension of loyalty. Pas de problème therefore…

And yet another fan

A few weeks ago, I was visiting yet another participant and at the end of our meeting, he commented that there was little point in measuring customer satisfaction – that got my attention of course – and that it was much more important to discover whether customers would recommend your organization to friends/acquaintances. The penny didn’t drop immediately, but he explained that he’d been sent an article, which prompted me to ask: was that by any chance to do with Reichheld…? And yes indeed, it was an article by Jay Curry about Reichheld’s Net Promoter Score.

If only it were that simple

I’m always intrigued how such an article finds its way into our day-to-day practice and is quite readily accepted. I’ll estimate a guess that it’s due to many companies still being on a quest for concrete steering information, which often remains tantalisingly outside their reach. And there is no response from the research agencies, who could hand it to the companies quite simply, because they have no interest in closing the gap between research theory and business practice. As long as businesses do not know what to ask for – and obviously they do not have the necessary research background to actually steer the agency – then the many research agencies who fail to close the gap will unfortunately remain standing among the few research agencies who do close it. And so new hypes can come to life, with or without correct interpretation.

Right, that ball is rolling. Next month, I’ll take a first look at the results of the employee sessions of my qualitative PhD research stage.

Update 2019: Read the most recent blog I wrote about NPS and how it evolved during the last decade.

# Coach me | Want to get advice for your specific situation? Book a 1-1 coaching session!
# Test me | Want to navigate through the sense and non sense of CX? Discover your CX potential!
# Teach me | Want to accelerate your organisation with experience? Check the online playground!
# Inspire me | Want to be inspired to keep innovating your CX? Sign up for the Inspire me e-mails!

All online courses have been accredited by NIMA, the Dutch Marketing Association which is part of the European Marketing Confederation.